The Glimpse films will soon count as many numbers as our century. But the number 19 is really a special delicacy, made by a Roy Stuart at the top of his art. At the heart of this new Glimpse is a long torrid scene in which we witness the slow seduction of a magnificent young woman, never photographed or filmed naked before, and who is slowly drawn to unsimulated sex.

This young woman definitely attracts the light and the look. There’s no question about it – our eyes become fixed upon her as the light, which falls on her almost magnetically. In striking contrast to her modesty, her loss of control melds into this third way, which transcends eroticism and pornography. Osciallating between restraint and abandon, she falls irrefutably under the spell of her deepest desires. Because of censorship and the difficulty to capture on film these deepest yearnings, we rarely see the fulfilment of these feminine demands. Thus, sexual intimacy remains a domain which needs to be further explored in cinema. (Chereau tried it in his film “Intimacy”, but was quite restricted having to produce under a PG rating.
In GL19, Roy Stuart renders justice and homage to the slow crescendo of feminine pleasure in true “cinégénique” fashion. Alain Robbe-Grillet titled one of his films “Glissements progressifs du plaisir” (“The progressive Slip-Sliding of Pleasure”). This is exactly what sexuality is – a motion and action in its continuity and its totality, which only cinema (and no photograph) can capture – the art of movement par excellence. Indeed, penetration is not the final objective which determined by what came before, but merely a last stage, no more or less important than the rest. A final “slide”, amongst others … – François Louvard 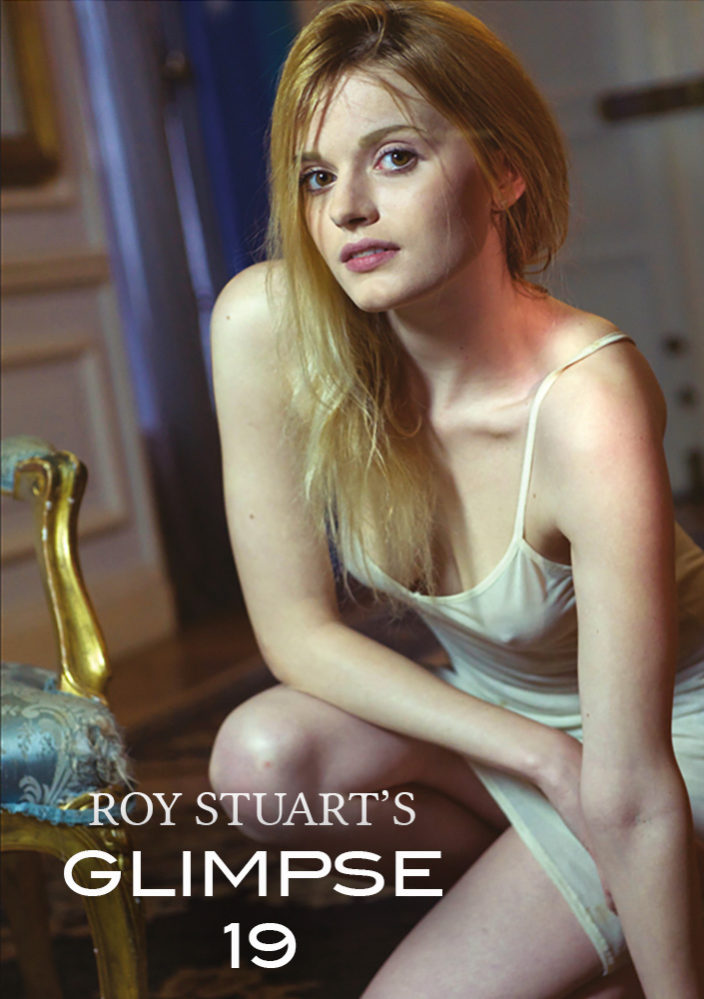 Buy Glimpse 19 from at