And wait ’til you see that dirty new wave college girl in the tattoo parlor. Yes, Roy knows how to make it real, make it passionate, and yet, unbelievably, make it art. This is sure to become a valuable collectable as well as one heck of a hot tape. 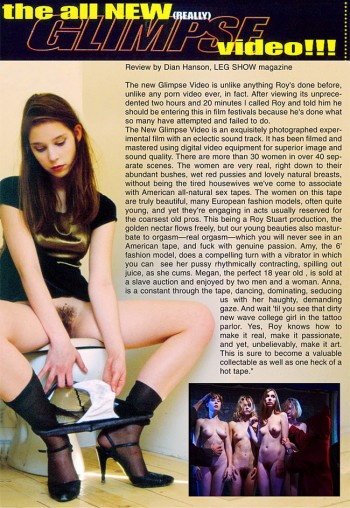 Buy Glimpse 1 from Roy Stuart at